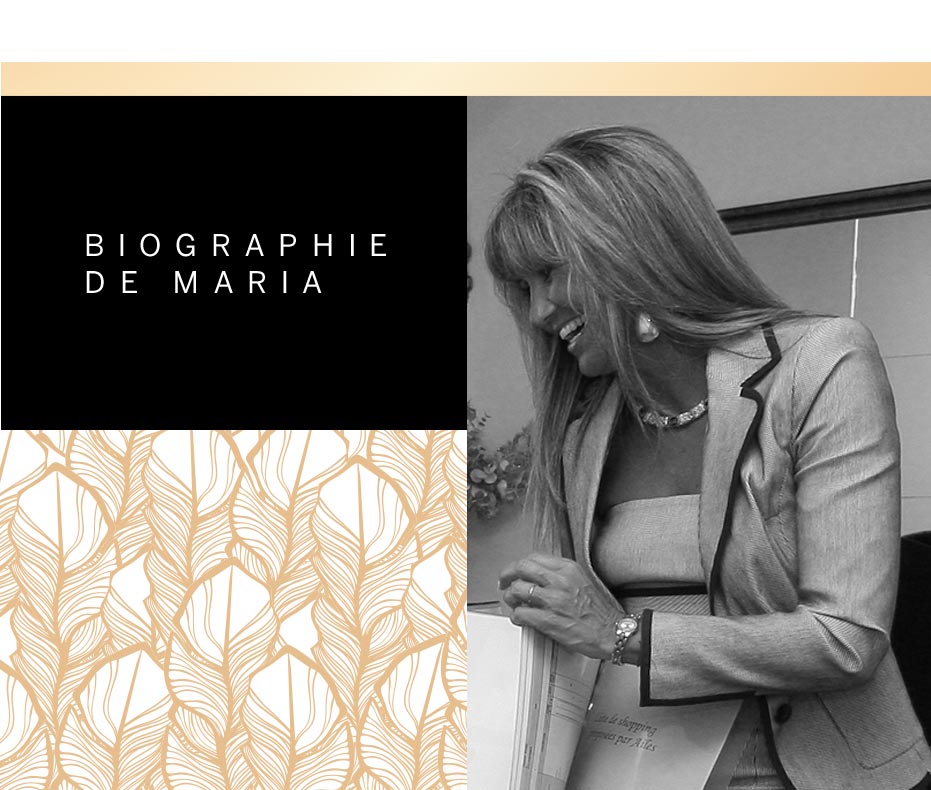 A clear expertise to shape your image

OF ARGENTINIAN ORIGIN, FROM A BASQUE-FRENCH AND ITALIAN FAMILY.

The name “Amigorena” has long resonated in the medical world and the artistic universe. Motivated by this movement, Maria studied journalism, developing a particular taste for the authenticity of the image and for new artistic trends. After achieving some remarkable success in radio and a firm foothold in the written press, Maria took her first steps in advertising and television production.
In addition to her work as artistic director of castings for advertising spots and artistic productions, at the same, Maria was attached to the Secretariat of Ceremony and Protocol at the Belgian Consulate in Argentina.

Based in Argentina, she became a journalist, columnist and producer of various programmes. Maria was awarded the “Martin Fierro” prize, the most coveted television award in the country.

After settling in the United States, Maria worked for the Foundation and the Argentine Consulate. She gained a master’s degree in literature and worked as a journalist for the UNIVISION channel.

On her return to Argentina, Maria successfully launched another television production by offering, for 10 years, a non-stop broadcast on one of the most renowned channels in Argentina.

Arriving in France, with an insatiable enthusiasm for dialogue, Maria’s decided to learn French and open an image consulting agency – AILES.
Here, she puts all her know-how and extensive international experience to use in serving the agency’s clients. Maria has been regularly featured by France Télévision in makeover. In collaboration with the Chamber of Commerce and Industry, Maria organised Fashion Week and, in 2010, she was a jury member in the Miss France pre-selections in Sarthe.

Through AILES, Maria is actively involved in coaching those seeking to fulfil their dreams while retaining their individual personality.

Contact Us Your Image and Relooking Consulting Service in Brussels